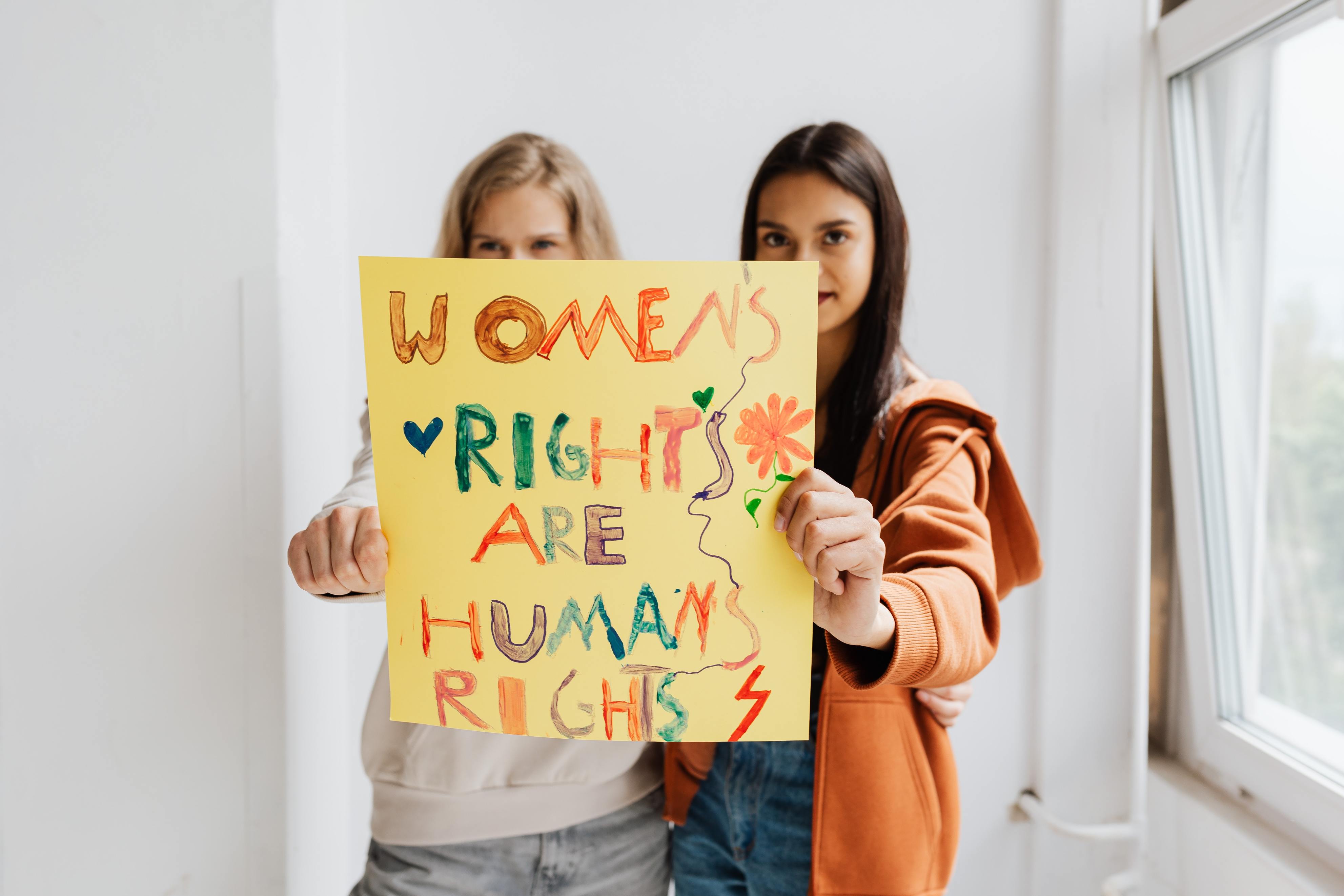 Women's rights activists have been at the forefront of efforts to advance gender equality by placing gender equality, women's or girls' rights, or feminist purposes at the core of their work; they were the first to push authorities to take women's rights seriously, advocate for public awareness of violence against women, establish refuges and crisis centers, and challenge negative attitudes towards women.

“How dare the Taliban take away my basic right to education”

Malala Yousafzai began advocating for women's and girls' rights when she was just eleven years old. She was frequently threatened because of her ideas as an outspoken advocate for girls' access to education. Malala reaped the consequences of her actions of disobeying the Taliban as she was shot and left in critical condition. She survived to continue her work and, with her father, founded the Malala Fund. A non-profit organisation that supports girls' education on a global scale.

Malala has given many women a platform, She has and continues to raise awareness about challenges such as gender equality in education and women's empowerment internationally. She is an inspiration not only to women but to the world. Through her efforts, issues of inequality and access to education have been identified and addressed, and change has transpired. It is vital to have strong leaders like Malala to remind the community of just how much change one person can make.

“A woman without a man is like a fish without a bicycle.”

Gloria grew up to become a renowned journalist, a groundbreaking feminist, and one of the most visible spokeswomen of the women's rights movement in the late twentieth and early twenty-first centuries. The Women's Liberation Movement took place in a patriarchal, male-dominated environment. As a result, feminist activists had to persist in the face of adversity, leading Gloria to come up with unique ways to promote equal rights.

An example of Steinem’s involvement in the Movement is the creation of the National Women’s Political Caucus which acted to ensure the involvement of more pro-equality women in public office. She continued to push the advancement of equal rights and opportunities for women in creating a better world for many years to come, leaving her as one of the most influential women's activists of her time.

​​When the second civil war erupted in Liberia in 1999, Systematic rape and brutality were brought to a country already ravaged by conflict. In response to the crisis, Leymah established the Women of Liberia Mass Action for Peace Campaign, which brought together Christian and Muslim women from around the country. Under Leymah's guidance, tens of thousands of women conducted pray-ins and nonviolent protests in the hopes of initiating peace negotiations. The President at the time was forced into exile as a result of the pressure, paving the way for the election of Africa's first female head of state.

Leymah received a Nobel prize commemorating her efforts in bringing an end to the second civil war and continued working in leadership positions, sustaining peace on behalf of Grassroot movements.

“Women belong in all the places where decisions are being made”

Ginsburg advocated for women in several areas, including education, job discrimination, and health care. In her writing, lecturing, and work as a judge, she has had a lasting impact on women on a personal level by serving as an example of a powerful woman. She fought for women's rights in a variety of different ways, including co-founding the Women's Rights Project, requiring state-funded schools to accept women, allowing women to sign a mortgage or open a bank account without a male co-signer, and much more.

"I had been employed full time for several years and was earning more than my ex. I went to buy a car and couldn’t get a loan without my husband’s signature," she wrote. "That was my tipping point to feminist activism."

Loujain’s activism journey started with her first arrest for driving against Saudi Arabia’s ban against women being able to drive themselves. When she was released from custody She enacted changes to driving practices as the right to drive for women in 2018 was passed. Although this was a pivotal change and a step forward, She had been “forced to sign a pledge saying she would no longer publicly campaign.” Although her actions were considered the most prominent or urgent cause for women’s rights in Saudi Arabia and kindled the process of spreading awareness for basic human rights for many in the region and beyond.

It led to a more diverse and open conversation about advocacy for Saudi women with Loujain al-Hathloul at the forefront of the discussion. Loujain sparked a surge for women’s rights campaigning. Because of her perseverance through the past decade, she has made a name for herself as a consistent advocate for her cause.

There are far too many powerful women's rights advocates to name, and I have only scratched the surface. Women must continue to fight for these issues and join these movements. Not being afraid, but rather proud to be labeled as a feminist. These amazing women show how the acts of a single individual may have a huge impact on bringing about meaningful change in the world.

Subscribe to our newsletter
Thank you! Your submission has been received!
Oops! Something went wrong while submitting the form.
Related articles
No items found.